How to treat yourself? 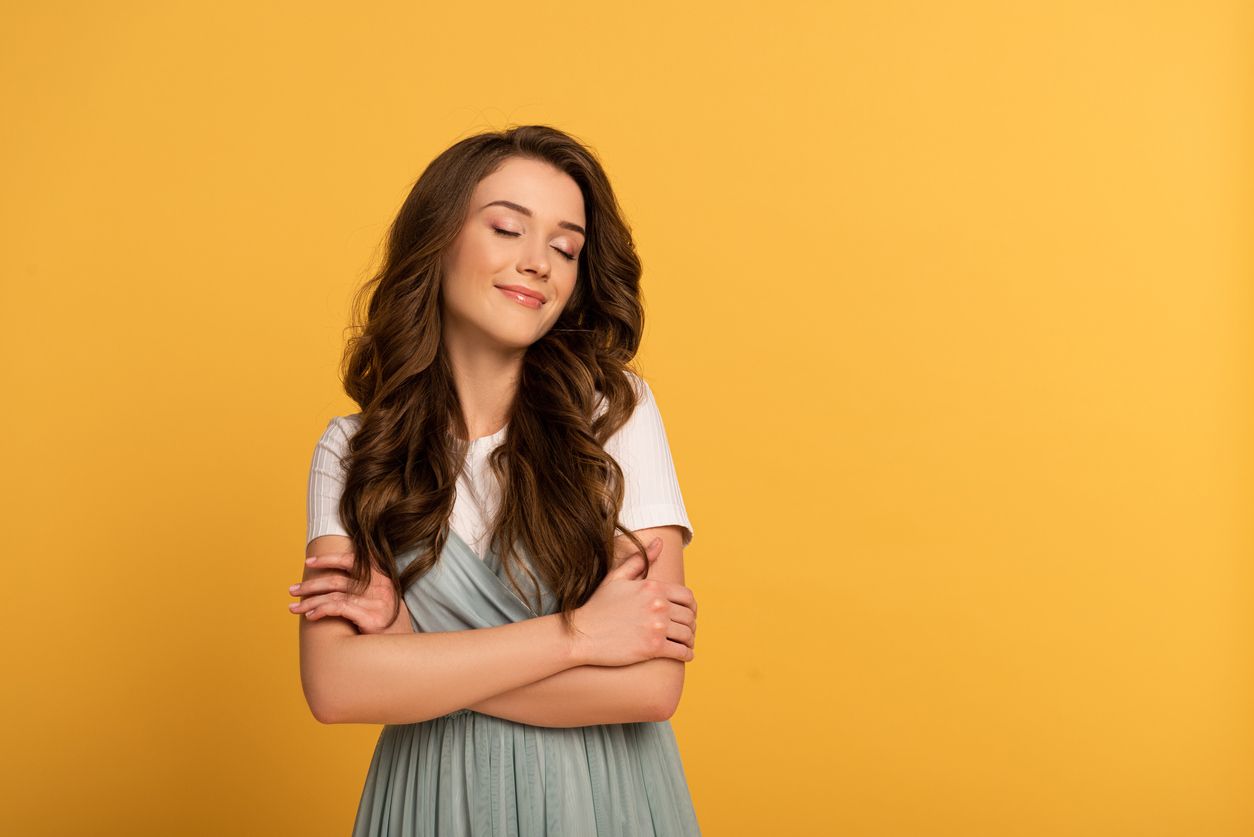 Since the spring of 2020, when (self)isolation has become one of the most used words, and the question "what to do with yourself?" became one of the crucial dilemmas of every individual radically conflicted with their loneliness and boredom, Instagram account @samo_nezno_prema_sebi created by designer and educator Jana Oršolić appeared.

At first, this project did not have such an ambitious intention to start a small revolution at the time when the whole world suddenly felt collective uncertainty, confusion, helplessness, hypersensitivity, and fear, by simply asking a question "how to treat yourself?".

Today, in the sea of ​​different sources for self-help, from profiles on social networks, literature in the field of popular psychology, to YouTube motivational speakers, and popular life coaching, the question arises why this very concept JUST BE GENTLE WITH YOURSELF deserved so much trust? A group of people from the entire region found their "safe place" in these five words. Badges, stickers, notebooks, and bags are becoming insufficient and this thought is getting tattooed. The unpretentious and simple sentence "just be gentle with yourself" becomes recognizable, used, and almost branded. People open up, allowing themselves to be vulnerable or powerless within a community that does not seem to stem from a clear marketing intent, but from the author’s intuition and need for a true solution, not just mere affirmation.

Maybe this answers the question of how, after two years, the profile @samo_nezno_prema_sebi did not disappear among similar accounts, although it also encountered some negative "isn't that selfish" comments. In addition, the project, despite its general acceptance and popularity, conflicts with the resistance of one group of people to the trend as such. "Just be gentle with yourself" showed that it is much more than a trend. As the author herself said, it cannot be selfishness even in a very clear semantic sense, otherwise, the message would be "be gentle only to yourself".

With a simple sentence and an even simpler design, this project opened up complex questions about the ways we treat ourselves and how we treat our body and mind. It showed how important it is to communicate sensitive topics correctly.

Hoping for the pandemic to calm down, for the world to learn anew how to live and for phrases like "new normality" or "abnormality" to be eradicated, the concept of "self-care" persists, highlighting the importance of promoting mental health hygiene, approaching people directly and sincerely, and certainly contributing to the spread of awareness on a topic that we do not want to go quietly and unnoticed, nor to become just a seasonal, transient trend.