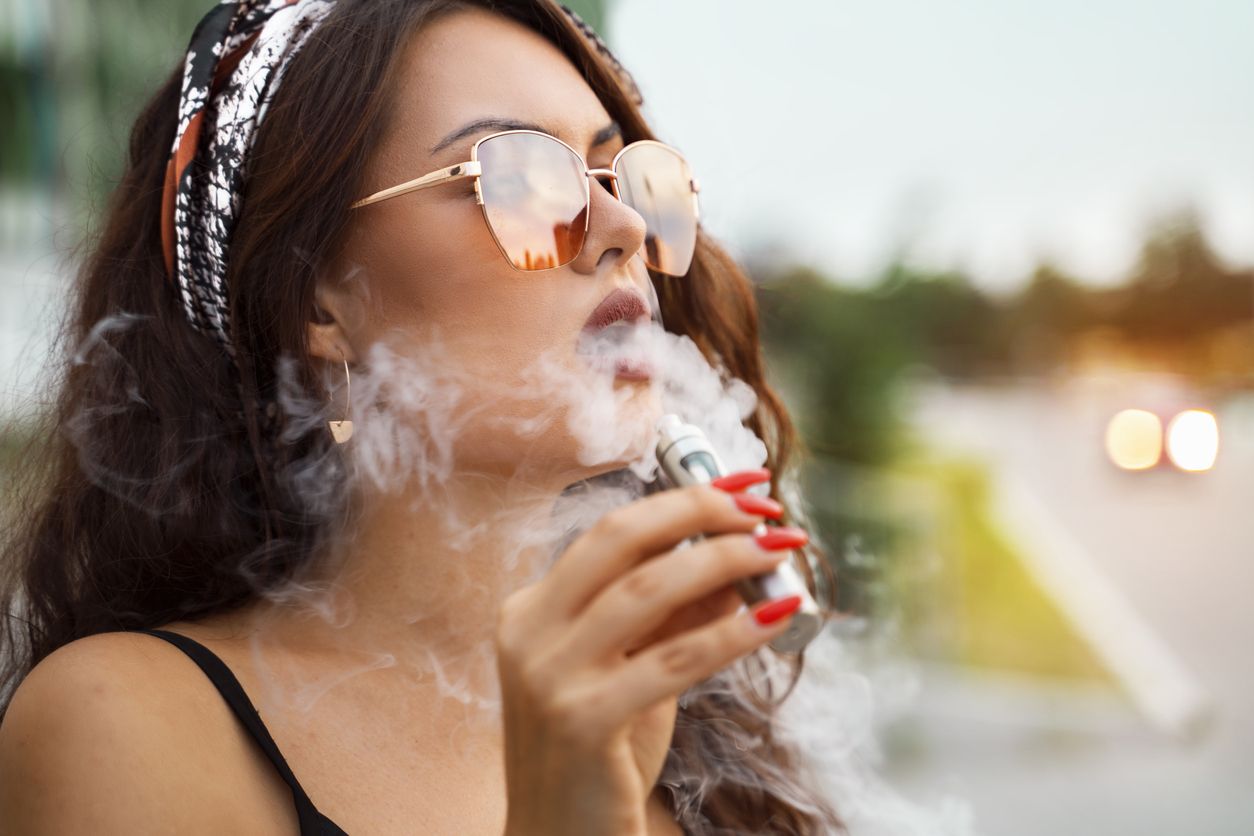 Vaping (smoking electronic cigarettes) has become a serious problem among the younger population. It was originally advertised as a healthier alternative to cigarettes, but it turned out that e-cigarettes also contain large amounts of nicotine and other dangerous chemicals that have not been sufficiently researched, but can lead to lung damage. Lots of teenagers who were not even addicted to cigarettes turned to vaping, which led to an increase in the number of young people addicted to nicotine.

While vaping may help people who already smoke to quit smoking, it does not help young non-smokers at all. As they become addicted to nicotine, their chances of actually start smoking increase.

In the latest campaign created in cooperation with the FDA (Food and Drug Administration), the FCB New York exposes the ugly side of this addiction and openly says "Addiction Isn't Pretty". The FCB team was joined by award-winning documentary filmmaker Katina Mercadante, who chose ordinary teenagers instead of professional actors to give the series of commercials authenticity and contribute to their realism.

The videos that are short and fast, and they attract attention with convincing scenes from everyday life and send a clear message that addiction is not pretty and that vaping contributes to the intake of large amounts of nicotine in the body, which later causes addiction.

The FCB sought inspiration for the fight against vaping in its own campaign "The Real Cost" from 2014, which showed how much money is spent on cigarettes and thus influenced over half a million young people to quit smoking. The idea is to raise awareness of teenagers about the real price of vaping in the same way, and to show them how much they can save if they overcome this addiction.

It is also interesting that just a few days ago, the vaping video of the biggest TikTok star in the world, 16-year-old Charli D'Amelio, who has over 83 million followers on this platform, "leaked". Reactions were divided - while some defended Charli, others condemned her for promoting this behavior to her numerous young fans, and considering that she herself is extremely young, such actions further endanger her as well.

As is clear from this example, the problem definitely exists, it provokes divided reactions, and the FCB New York has chosen the right audience, which often diminishes the significance of that problem. It remains to be seen whether the campaign will achieve its goal, raise awareness, and change the behavior of young people, which easily turns them into addicts. We cheer for our colleagues!