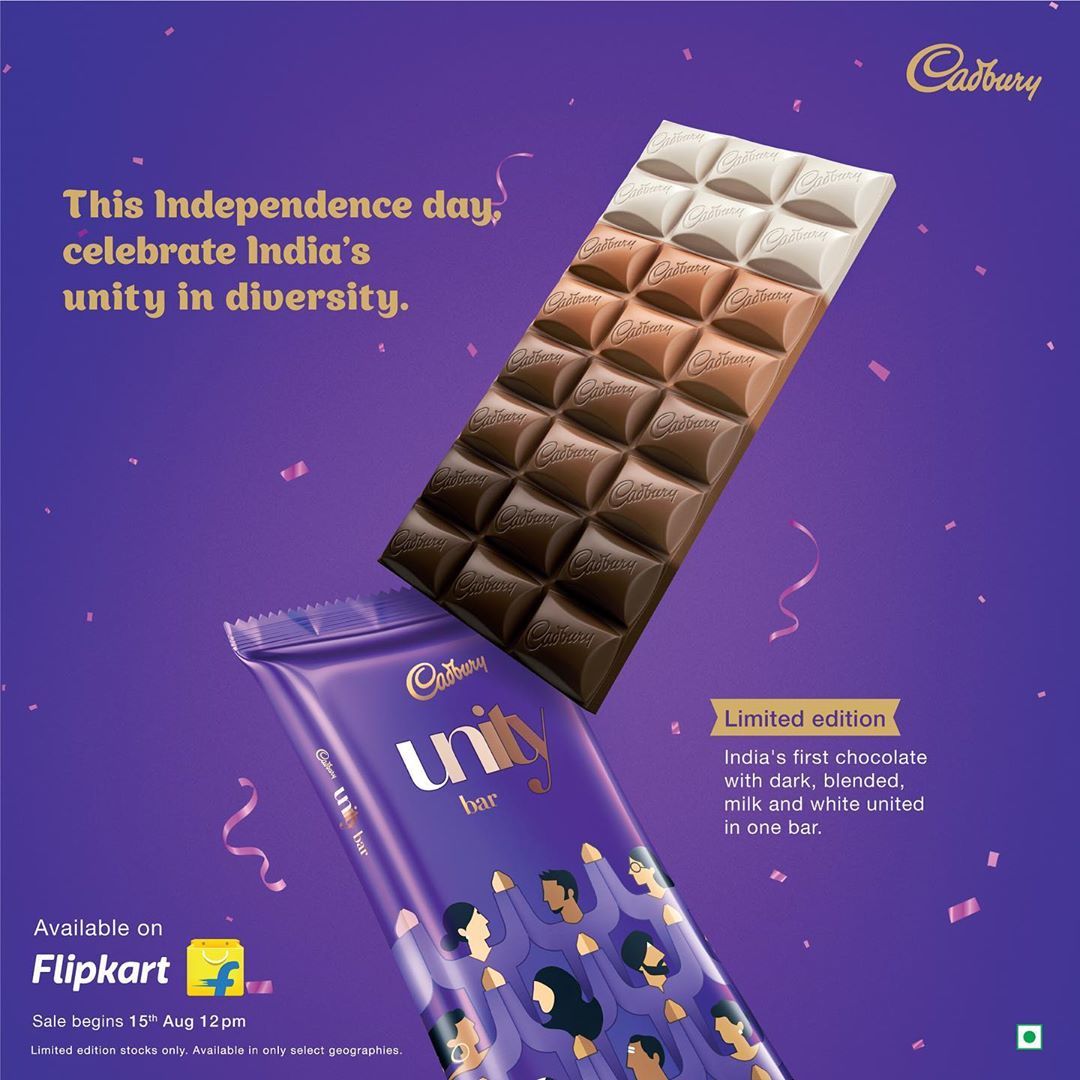 One of the biggest projects of the 21st century is certainly celebrating diversity and trying to unite the differences. The digital space is ideal for extending motivational stories because they reach a large number of users through social networks easily and quickly. At the same time, reactions are coming in real-time, so we know if the message we are sending has reached the right people.

Cadbury has created Unity Chocolate specifically for India's Independence Day in order to promote the diversity of members of numerous groups in India that build Indian society together. Different colors in one chocolate bar symbolize not only different skin colors but also different castes, languages, religions, and regions of India united to celebrate this significant day for their country.

The reactions on social networks were extremely positive, and people were thrilled that the advertisement for Unity chocolate appeared in other non-Hindi languages that are used in India. In this way, it is underlined once again that this message was sent to all the citizens of India.

The chocolate was soon sold out, and there are request on Instagram from numerous users to renew the supplies and to make this not only a special edition but a product that will be on constant sale.

Others demand chocolate to be available worldwide because they believe the message it sends is not exclusively related to Indian society.

The marketing solution is appealing and has caused a wave of positive reactions, but also a number of negative ones as there have been complaints about the trivialization of racism. What we need to be aware of is that marketing campaigns are not there to solve a problem, but to point it out in a creative way. Combating racism is a complex process and it must be part of the system.

With similar campaigns that highlight problems in society, it is necessary to be careful and find a way of communication that will allow the message to be accepted as truth that everyone wants to share, not as an imposed opinion trend.

The border is thin, but with this campaign, Cadbury seems to hit the right measure of good taste, in so many different ways.